Books have been written on what the Bible says about epistemology, so I cannot hope in a few pages to provide a comprehensive epistemology. The best book in this regard, I believe, is John Frame’s The Doctrine of the Knowledge of God. I intend here to highlight a few salient points of a biblical epistemology based on his work. Frame approaches epistemology through a model he describes as tri-perspectival: considering all the major approaches to epistemology in secular philosophy (rationalism, empiricism, subjectivism), he suggests that each of these is partially true: they each capture one aspect of a right epistemology, but they each fail because they exclude the perspectives of the others. A true epistemology needs to incorporate the perspectives of the normative standard for what is known (rationalism), the situational object known (empiricism), and the existential subject who is doing the knowing (subjectivism).1 Frame argues that all knowledge, and knowing, cannot be exhausted by considering  only the object under consideration, only the standards of what is true, or the subject that is knowing: all three need to be considered, as perspectives that only together explain the whole. 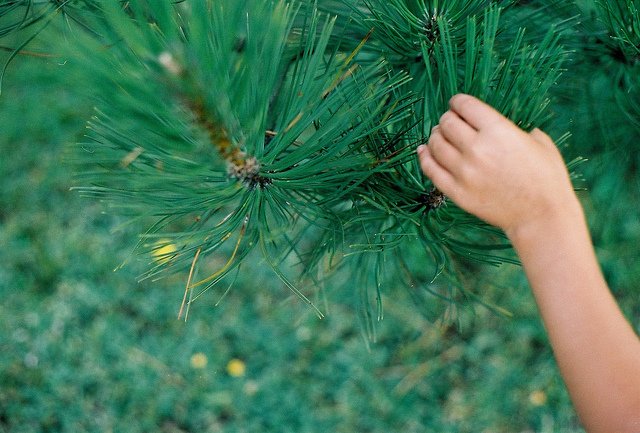 For example, when we observe anything in the created world, let us say a tree, we must consider what is actually before our eyes (with empiricism); yet, we cannot ignore what is happening in our own minds as we consider the tree (with subjectivism).

As we look upon the tree, we fit it into pre-existing categories and relations: we compare it to other trees we have seen, we recognize the colour of the bark and of the needles as brown and green, colours we learned about elsewhere. We remember lessons we have learned about tress such as this, recognizing that the needles and pinecones identify it as a coniferous not a deciduous tree. We as persons, shaped by experience and nature, are then involved in knowing.

However, knowledge also needs a point of reference: we need something objective outside of ourselves and beyond the particular object in view that allows us to identify and understand it. One such example of a reference point is the universals (e.g., “treeness,” that which all trees have in common). We understand an individual object by its relation to other individuals, one tree by its relation to other trees and in contrast with non-trees. We bring to bear our knowledge of the universals—the unity shared by every individual, particular, tree—in knowing, yet the universals are not merely in our minds: there is true unity among actual trees.

Unlike Plato’s rationalist epistemology, the universals are not independent entities floating in free space (there is no form of “treeness” that exists independent of my mind and the tree). A universal is inseparably bound to the individuals that are instantiations, embodiments, of it.2 The normativity necessary for knowledge—the objective standard by which we know—is not to be found, therefore, independently of individual objects. Frame argues that normativity ultimately rests in God’s interpretation of reality. The Bible tells us that God has revealed Himself in creation, so we encounter His Word—His revelation—in the world He has created.3 Yet there must also be a normative standard by which we measure our subjective interpretation of God’s world. For our purposes here, sketching the Christian worldview, I want to consider further our the authority for knowing, the standard by which we measure our interpretations, and humans as the subjects knowing.

The Christian Worldview (3): Epistemology (b)

1 “So knowledge is always, simultaneously, (1) an application of God’s norms for knowledge, (2) an understanding of the facts of God’s creation and providence, (3) use of our God-given cognitive faculties.” Frame, Systematic Theology, 33.

2 One way this can be shown is to consider the Trinity: in our God, particularity (three persons) co-exists eternally with unity (one God). Yet, there is difference here, for as Van Til has pointed out, the unity of God is personal as much as His plurality is personal. See Frame, Van Til; Frame, Cornelius; Vern Sheridan Poythress, Logic: A God-Centred Approach to the Foundation of Western Thought, Electronic. (Wheaton, Ill.: Crossway, 2013); Vern S. Poythress, “Reforming Ontology and Logic in the Light of the Trinity: An Application of Van Til’s Idea of Analogy,” Westminster Theological Journal 57 (1995): 187–219.
3 “When we consider the world as standing under the authority of God, we can learn that everything in creation reveals him and his will (see my study of Romans 1 in the following section). To study the world this way is to focus on the normative perspective. When we consider the world as the locus of God’s presence, both outside and within us, we are focusing on the existential perspective.” Frame, A History, 20.